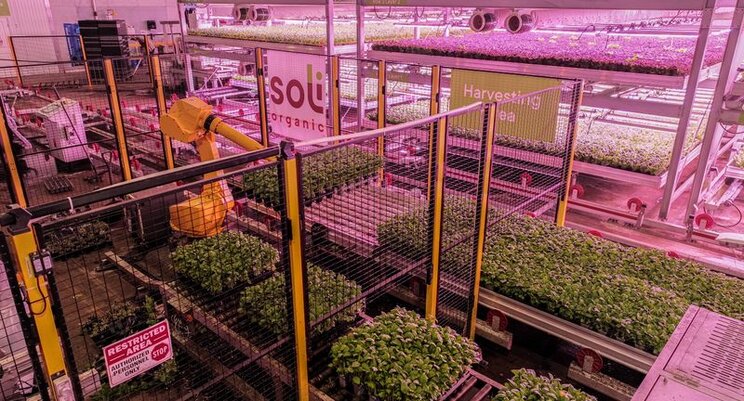 Organic produce company Soli Organic raised nearly $125 million to build additional large soil-based indoor farms. It’s working toward having 15 farms nationwide, but also has its sights on smaller regional facilities. The Series D funding round was led by investment group CDPQ. This is Soli’s third large raise in 12 months. It received $120 million in financing from real estate investment firm Decennial Group last October and reached a $50 million financing arrangement with Horizon Technology Finance in May. Controlled environment agriculture (CEA) companies have had some of 2022’s largest funding rounds in the food business. Last month, Gotham Greens raised $310 million in a Series E round.

Soli Organic is one of the many indoor agricultural companies positioning itself to change the way people get access to fresh produce, but it isn’t a newcomer to the game.

Previously known as Shenandoah Growers, the company was founded in 1989. AgFunder News reported last year that it had 35% of the U.S. market for herbs. According to Soli’s website, the company currently serves 20,000 retail locations nationwide and is the top national grower of fresh, organic culinary herbs.

The company had been transitioning into greenhouses and indoor farms for years. The funds raised last year allowed Soli to move 90% of its production to its seven indoor facilities. The company then said it planned to build eight more farms. Soli announced the construction of a new 100,000-square-foot farm in Anderson, South Carolina in August 2021, and another larger farm to be built in Marysville, Washington in February. Production at the South Carolina farm is set to ramp up this month.