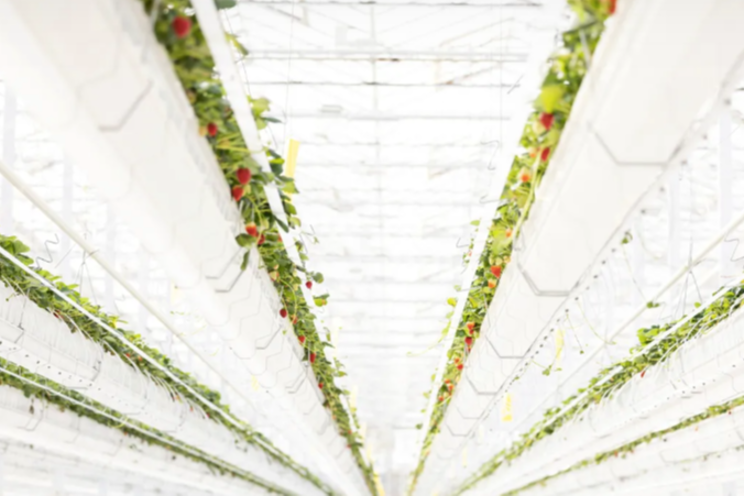 AppHarvest, Inc. (NASDAQ:APPH, APPHW), revealed its operating and financial results for the quarter ending September 30, 2022, showing strong operational progress with the opening of the AppHarvest Berea and AppHarvest Somerset controlled environment agriculture (CEA) facilities and beginning commercial shipments of both salad greens and berries. The four-farm network expected to open this year consists of 165 acres making AppHarvest one of the largest CEA producers in the United States.

“As we near completion of the AppHarvest four-farm network with a diversified set of crops against a backdrop of extreme weather that continues to demonstrate the need for controlled environment agriculture in the U.S. to support food security with a climate-resilient and more sustainable approach, I’m encouraged by the team’s progress to execute one of the largest CEA buildouts ever while ramping up production of our fruit and vegetable portfolio for more potential revenue-generating streams this upcoming year,” said AppHarvest Founder & CEO Jonathan Webb.

Leadership transitions
Tony Martin, a CEA industry veteran with prior experience as chief financial officer of Windset Farms, was recently appointed to the AppHarvest board of directors. The company expects to leverage Martin’s deep CEA expertise to provide valuable guidance in the areas of facilities, staffing and operations, to allow for streamlining within the organization. The general managers of each farm, with Martin’s counsel, will continue working to increase operational rigor and discipline. As the company announced last week, the team’s access to Martin enables David Lee to focus on his role as an AppHarvest board member and to step down from his role as president later this year.

Operations
Planting for the third growing season at Morehead is complete, and harvesting is expected to begin in early November. The crop currently is healthy, showing none of the plant health issues previously reported for the first quarter of 2022. The Morehead farm continues to make progress in improving quality, reducing distribution fees and expanding product variety that may command higher prices. Staffing efforts have increased across the farms, and lessons learned from Morehead are being actively applied to maximize labor efficiency, quality and produce yield as we ramp up operations at the three new facilities.

Development
On October 26, the company announced the start of commercial shipments from its new 15-acre Berea, Ky. salad greens farm featuring a “touchless growing system” with autonomous harvesting. The farm is opening on a phased approach, beginning with five acres and then bringing on additional productive acreage over time. When at capacity, AppHarvest Berea is expected to be able to harvest the equivalent of an estimated 10 miles of lettuce per day. Salad greens from AppHarvest Berea will be used in the new “Queen of Greens®” washed-and-ready-to-eat packaged salad brand.

The company also announced on November 3, the opening of its 30-acre Somerset, Ky., berry farm, where the team already has planted nearly one million strawberry plants for its upcoming season. The company confirmed it has begun commercial shipments of WOW® Berries for its customer, Mastronardi Produce. AppHarvest Somerset will grow strawberries and is expected to alternate the crop seasonally with English cucumbers. AppHarvest continues construction on its 60-acre Richmond, Ky. farm, which is expected to double the company’s capacity to grow tomatoes. Combined with the Morehead farm, the Richmond facility is expected to enable the company to grow nearly 1.5 million tomato plants per season. The AppHarvest Richmond farm also is expected to start operating before the end of 2022.

AppHarvest secures $30 million in non-dilutive capital
In conjunction with the opening of AppHarvest Berea, the company announced a new source of non-dilutive capital through a $30 million loan from Mastronardi Produce secured by the AppHarvest Berea farm. The secured financing is being delivered in two tranches of $15 million each, the first of which occurred on October 25 and the second is anticipated in the first half of the fourth quarter. The loan will incur an interest rate of 7.5% with interest paid in kind until the loan matures. Consistent with its strategy to secure attractive long-term financing for its assets, AppHarvest is evaluating a potential sale-leaseback financing for the Berea farm.

Balance Sheet and Liquidity
As of September 30, 2022, cash and cash equivalents were USD 36.2 million. During the quarter, the company sold 542,000 shares for USD 1.4 million via the ATM facility with Cowen, which has a remaining availability of USD 98.6 million, and 360,000 shares for USD 1.3 million on the committed equity facility with B. Riley Principal Capital established in December 2021. In July 2022, the company closed on the USD 50 million in USDA guaranteed loans with Greater Nevada Credit Union backed by AppHarvest Somerset with a current interest rate of 6.45% and a 23-year term, with the first three years being interest payments only. The financing, announced last quarter, repaid the previous JP Morgan credit facility and freed up the related USD 48 million in restricted cash, which was replaced by USD 22 million in restricted cash dedicated toward the completion of the Somerset facility.

Financial Outlook
The company is revising its full-year 2022 net sales outlook downward by approximately USD 6.6 million to an expected range of USD 14.0 million to USD 17.0 million. The revised guidance is primarily driven by construction delays related to supply chain issues at both AppHarvest Berea and AppHarvest Somerset that affected the timing of commercial shipments from the farms.

The company also is updating its full-year 2022 outlook range for Adjusted EBITDA loss guidance upward by USD 13.5 million to an anticipated loss in the range of USD 67.0 million to USD 72.0 million. This improvement was driven by lower costs of goods sold and operating costs related to the delayed operational readiness of the new facilities as well as cost-saving measures implemented in the second half of this year.