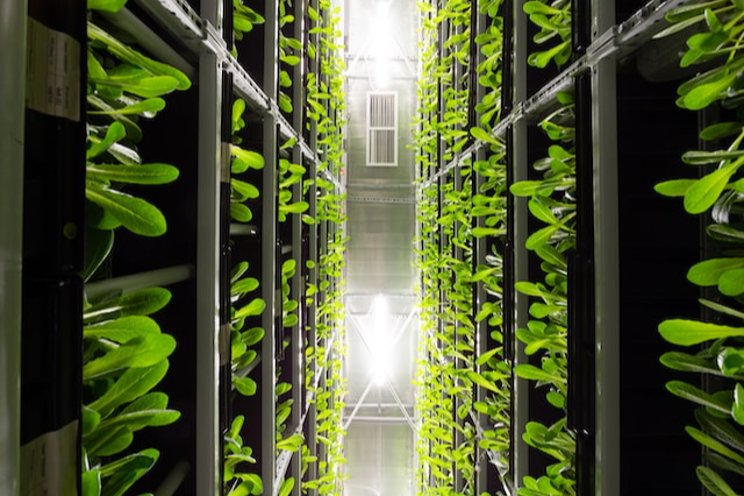 Indoor agriculture promises to massively reduce the water and land needed to support crops. But at the moment, it only works for a tiny percentage of foods.

If you’ve watched The Martian you know how difficult it is to grow food on Mars. Almost nothing about the Red Planet makes it a hospitable place for agriculture. Even if you could coax a plant to emerge out of the nutrient-bereft soil, it’s just a matter of time before the sproutlings succumb to either the freezing temperatures or a total lack of accessible water.

Mark Watney—played by Matt Damon in the film—stays alive by eating potatoes grown in an airtight dome and fertilized with his own poop.

Watney’s experiment has a lot in common with vertical farming. Not the human poop so much, but the idea of growing plants in a way that’s utterly disconnected from their surrounding environments. “What could possibly work on Mars could be hugely beneficial on Earth today. We don’t need to wait for the Mars scenario. We need this kind of farming on Earth now,” said Arnavaz Schatten, director of sustainability at the Berlin-based vertical farming firm InFarm, when speaking at WIRED Impact this November. In vertical farms, plants are grown without soil under artificial lights in a setup that uses much less water, soil, and pesticides than conventional agriculture. Detach the plants from their environment and we can massively reduce the environmental impact of our food system. (Which, by the way, is huge.)