Watch the video where Alain shows you around in his greenhouse.

Signify (Euronext: LIGHT), world leader in lighting, will supply Belgian tomato grower Redgrow with LED grow lights again. After a number of successful years of cultivation with a combination of HPS and Philips GreenPower LED interlighting, Redgrow took the next step to a lighting installation with 295 µmol/m2. The Philips GreenPower LED toplighting compact (TLC) was selected due to the rising energy costs. The TLC made the transition from the existing HPS installation to LED easy for Redgrow and gave them the possibility to grow year-round. 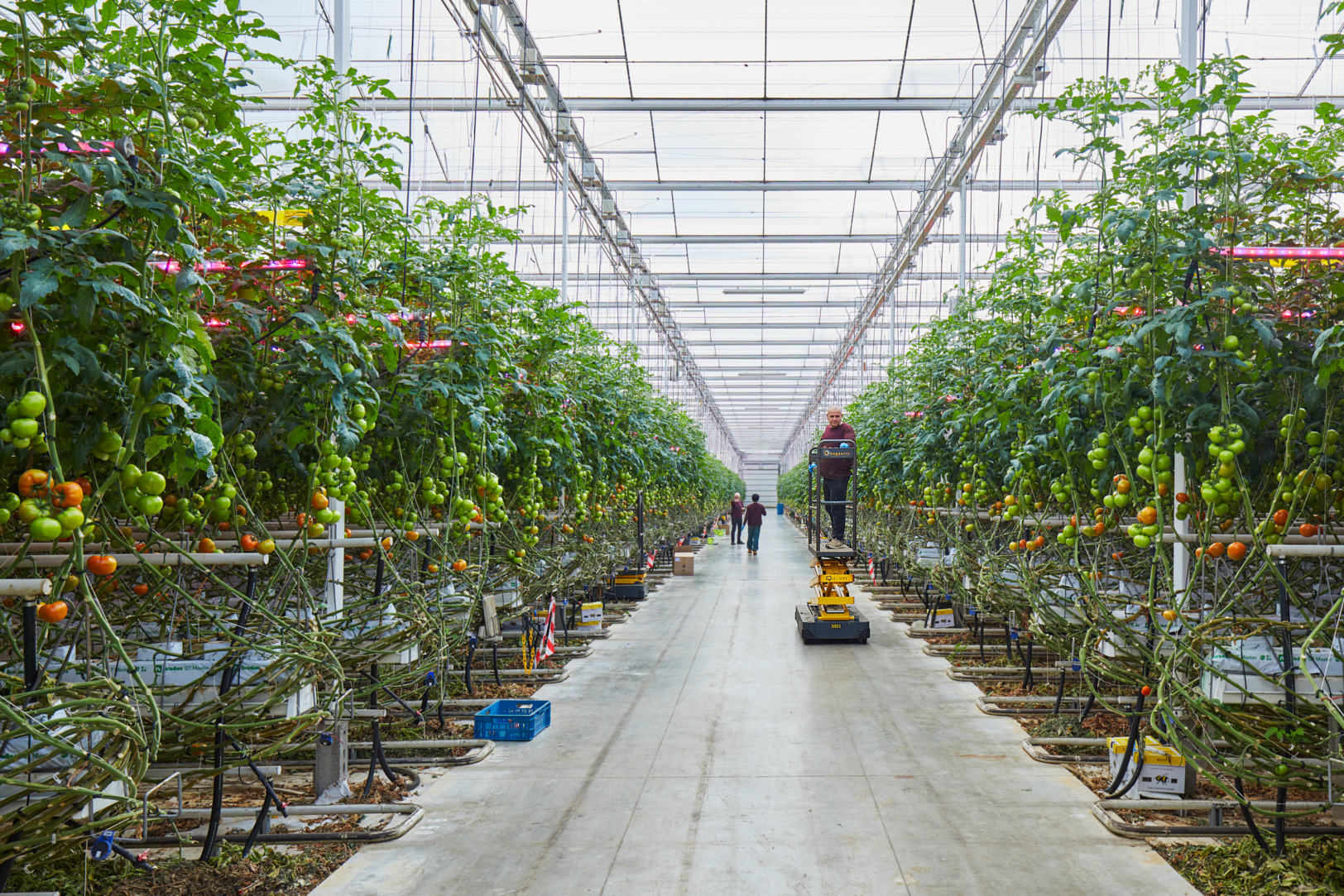 In 2019, Redgrow made the transition from using only HPS lighting to a hybrid combination with Philips GreenPower LED interlighting, thereby raising the light level from 180 µmol/m2 to 255 µmol/m2. “Given the fact that the energy prices were rising, and we knew we were not going to make extensive use of the HPS, we raised the hours of use for the interlighting. Because of that we were able to use the interlighting for more hours than the HPS.” Alain Moortgat says. “This year we came to approximately 1000 hours of HPS and 2000 hours of interlighting. That was a lot more last year. With the low energy prices, we then came to 2000 hours of HPS and 3000 hours of interlighting.” In the meantime energy prices have gone up, which might affect lighting hours for coming season. At this moment we light the crop with the LED installation, and the HPS lights will hardly be used.”

Alain does see a difference in pruning: “Due to the high energy prices and less lighting hours, we had to prune at 3 tomatoes. In January we were back at 4, and now at the end of cultivation we almost leave everything, so up to 6 tomatoes. We planted our new crop back in August and started harvesting as of half of September.”

Alain Moortgat and his wife run the company Redgrow close to Antwerp in Belgium together and would love to show you around in their greenhouse. Watch the video and see how Redgrow grows the Matinaro variety, which is harvested according to color. “We’ve noticed that the interlighting stimulates the tomatoes a lot. I’m very content with how the plants survived the winter.” To cover the peak in June and July, Redgrow has chosen to install a humidifying system and give a bit more moisture to the air. “That makes things a bit easier for the plants.” 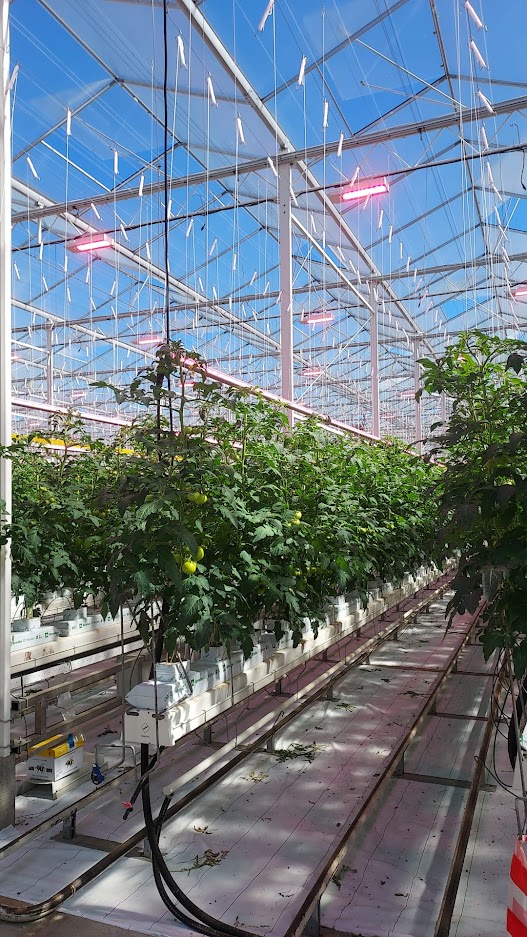 Mind: the video was shot back in April.