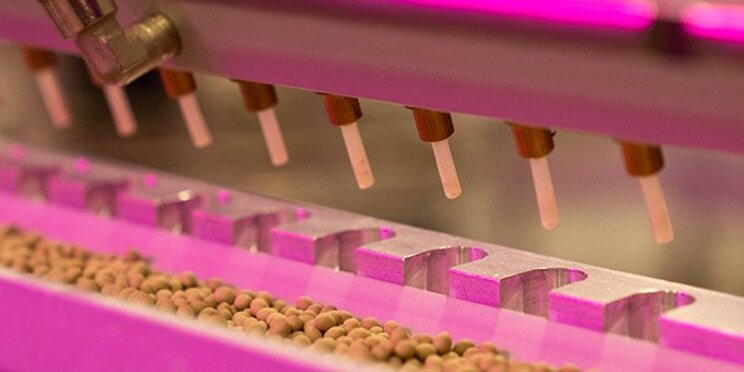 Using a close looped water recycling system, Kalera uses an estimated 95% less water than traditional field farming. This is especially important for the western parts of the United States

How is Kalera leading the future of agriculture?

According to the Food and Agriculture Organization by the United Nations, by 2025, 1.8 billion  people are expected to be living in countries or regions with “absolute” water scarcity, and two-thirds of the world population could be under “stress” conditions. Securing a food future for all is needed now more than ever, as droughts and loss of arable land weaken traditional farming structures across the world. Kalera’s farming methods are necessary to food equity and food equality, as we use climate-controlled environments to grow leafy greens year-round using a fraction of the water and land typically used in traditional field farming.

What farming methods does Kalera use to save water and land?

Using a close looped water recycling system, Kalera uses an estimated 95% less water than traditional field farming. This is especially important for the western parts of the United States, where not only the majority of lettuce is field farmed, but where many regions face extreme droughts and water shortages. In addition, Kalera’s vertical distribution of growing plants resulted in 99% less land and soil used in 2021 alone, when compared to traditional field farming.

Kalera has described itself as “thinking globally but acting locally.” Could you expand on this?

Kalera is in the business of developing farms of the future across the world as millions experience food insecurity. We look to feed our global populations by starting at the heart of it all—the local communities. All our farms ship product within their surrounding regions, providing clean leafy greens directly to urban communities at risk. This is also especially crucial for regions that do not have long growing seasons due to climate constraints; Our controlled environments solve this issue, growing greens year-round that are days fresher and miles fresher.