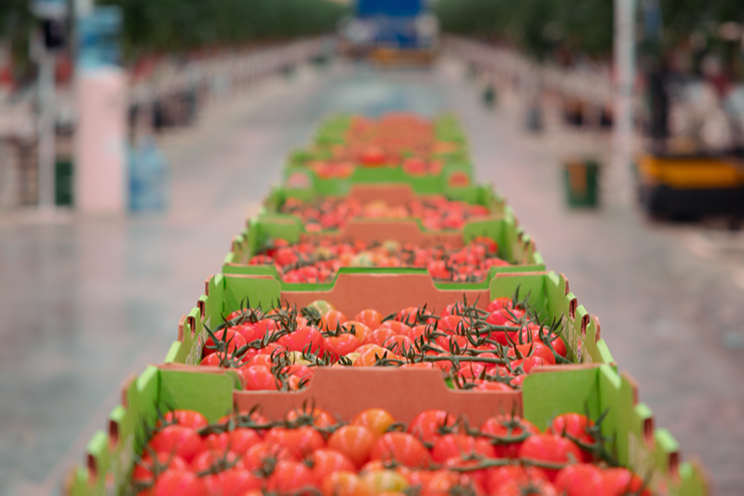 The tomatoes from the 60-acre facility will be sold under various Mastronardi Produce brands. AppHarvest, the Kentucky-based greenhouse grower, announced on Jan. 19 that has begun commercial shipments from its 60-acre farm in Richmond, Kentucky. Per the release, this marks the first time that all four of AppHarvest's farms are shipping. The Richmond farm produces tomatoes that are solid under brands for Mastronardi Produce. The tomatoes are specifically Campari and Maranice varieties.

The Richmond farm opened last December and completes what AppHarvest believes is "the largest simultaneous build out of controlled environment agriculture (CEA) infrastructure in U.S. history."

Earlier this month, the company also announced that board member Tony Martin was the companies new Chief Operating Officer. He, per that announcement, is working to "optimize production, revenue and costs across the AppHarvest four-farm network totaling 165 acres under glass."

“I expect Tony’s extensive background in controlled environment agriculture (CEA) and his track record for optimizing the efficiency of core operations and consistently achieving revenue growth will help us accelerate our path to profitability,” said AppHarvest Founder & CEO Jonathan Webb.

“AppHarvest is at an exciting inflection point transitioning from a construction and development mode to an organization focused on core operational excellence,” said Martin. “I believe AppHarvest has a tremendous opportunity to leverage its world-class CEA network at a time when both changing climate and major grocery retailers are demanding it. We’re working to ramp up production and revenue by ensuring efficient, cost-effective delivery of high-quality produce to major grocers and restaurants.” Martin was previously spent 12 years at Windset Farms, a CEO operation with more than 250 acres of growing space in the U.S. and Canada.

AppHarvest also recently announced a deal with Mastronardi on a lease-buyback for its farm in Berea, Kentucky.

Source and Photo Courtesy of AppHarvest