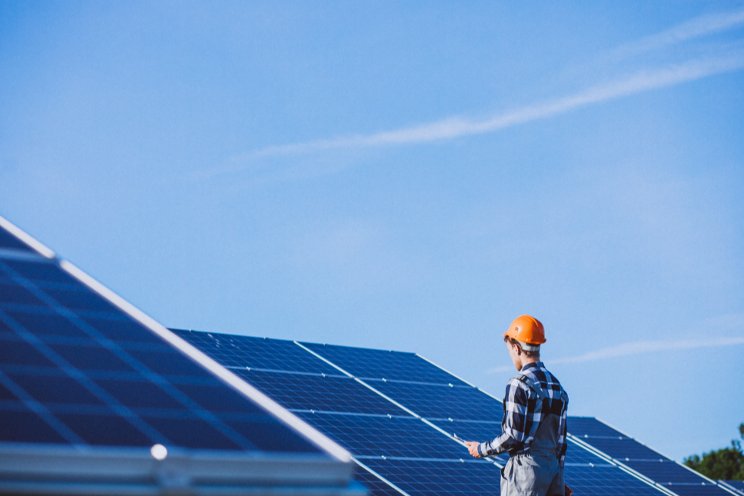 An apple farm in western Germany is reaping a second harvest - but it's not what you might expect.

Solar panels providing much-needed shade for the orchard have been producing bountiful electricity during this year's unusually hot summer.

“The idea is simple,” says Christian Nachtwey, owner of the organic farm in Gelsdorf - an hour's drive south of Cologne.

“To protect the orchard, without reducing the available growing surface and in particular maintaining production. On top of that there's the solar electricity being generated on the same land.”

Solar installations provide farmers with a second source of revenue

Large-scale solar installations on arable land are becoming increasingly popular in Europe and North America. They allow farmers to make the most of their land and establish a second source of revenue.

Image by senivpetro on Freepik