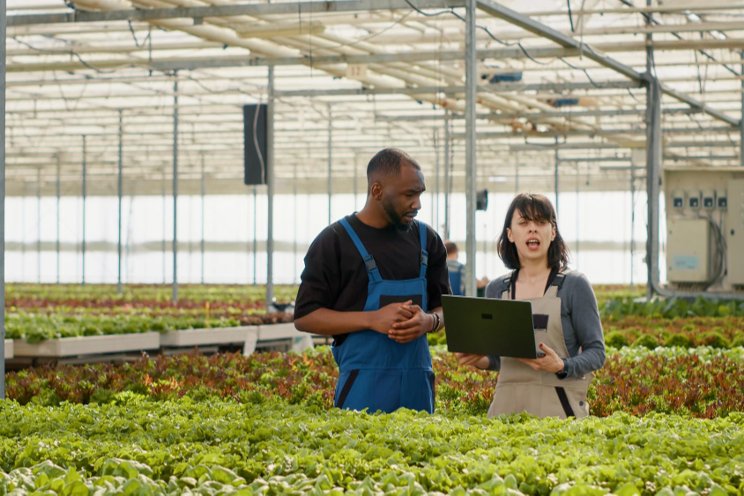 Managing temperature is key to growing leafy greens. Adjusting how your air temperature is managed can be an effective strategy to increase yields. When thinking about air temperatures, we are primarily concerned about: 1) the average daily temperature (ADT); and 2) the day and night air temperatures and the difference (DIF) between them. The ADT, the integrated temperature over a 24-hour period, primarily controls the rate of growth and development for plants. The DIF (DIF = day temperature – night temperature) influences cell elongation, with elongation increasing with a more positive DIF (i.e., warmer day, cooler night) and decreasing with a less positive or negative DIF (i.e., cooler day, warmer night). Traditionally, DIF is something that container floriculture crop producers deal with, since controlling stem elongation and plant height is a primary concern. However, DIF is a tool that lettuce and leafy green producers can use, too.

The DIF also affects elongation and expansion of other cells, such as those in leaves. While ornamental plant producers are interested in minimizing elongation to control plant size and minimizing DIF, lettuce and leafy green producers can actually use the opposite approach to enhance cell elongation and plant size. Since lettuce and leafy greens are not sold based on size, we are not worried about producing compact plants and suppressing growth. Rather, lettuce and leafy greens are sold by weight, meaning producers benefit from the extra growth. That extra growth means potentially more yield to sell for loose-leaf crops or a shorter production time to reach a certain weight for head- or bunch-forming crops.

Image by DCStudio on Freepik