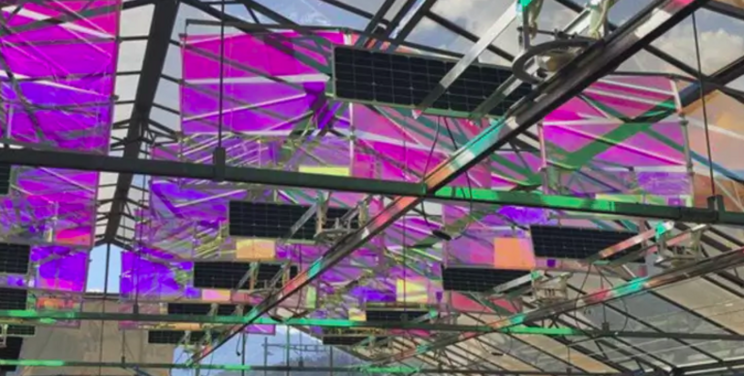 As September came to a close, edie and our innovation partner Springwise have rounded up six of the best breakthrough technologies that could help accelerate the transition to a sustainable future, including 3D-printed living walls.

Greenhouses that produce their own renewable energy

The Swiss federation of fruit and vegetable growers has set an ambitious goal of eliminating all fossil-fuel-based energy from its farming processes by 2040. This is no small feat as growing vegetables in greenhouses requires a lot of power to maintain the optimal temperature and humidity for the plants. Now, a startup called Voltiris is developing solar modules that could make self-powered greenhouses a reality.


The company's modules use photovoltaic cells to convert sunlight into electrical energy, which can then be used to power things like lights, fans, and pumps. The company's solar modules are similar to those of conventional solar panels but with a twist: they only utilise around half the light. Plants use only a portion of the spectrum of visible light for photosynthesis. The company's key insight is that the remaining wavelengths can be used to generate solar power.


The Voltiris system uses filters that allow red and blue light to pass through and reach the leaves of the plants below. Meanwhile, the green and near-infrared wavelengths are directed toward photovoltaic cells that generate electricity. While the company is still piloting the technology, it has recently harvested the first vegetables grown using its system from two greenhouses in Valais and Graubünden.

Researchers at the University of Virginia's School of Architecture have found a way to reduce the materials required to build living roofs and walls - structures that incorporate green plants. Rather than constructing a building and then adding soil and plants on top, the team looked at ways to build directly with soil. Deciding on a circular bio-based method of construction, the scientists created a method of 3D printing with soil. The soil includes seeds of plants able to live with minimal water.