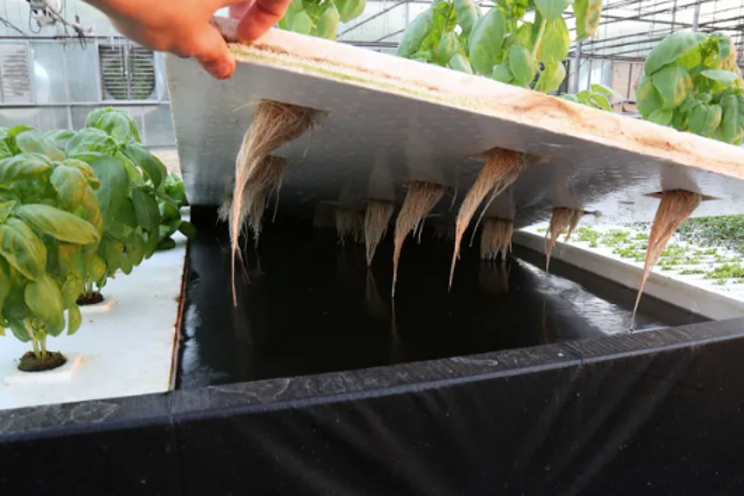 The oxygen level and temperature in the root zone can have a major impact on rate of plant growth and inhibiting root diseases.

When it comes to hydroponic vegetable production the root zone environment, including oxygen levels and root temperature, play a critical role in the success of the crop.

“For true hydroponics, which would include deep water culture and nutrient film technique (NFT), both have different oxygen profiles,” said Neil Mattson, greenhouse horticulture professor at Cornell University. “Typically with NFT, there is near saturation with oxygen because of mechanical aeration from the water recirculation that is occurring. The water that is pumped through an NFT system and is emitted by spaghetti tubing becomes essentially saturated with oxygen. This water is running across the plant roots continuously.”

Deep water culture, which usually has a sizable water reservoir, has a large storage capacity for dissolved oxygen.

In addition to bubbling or pumping in air, growers with deep water culture systems can inject liquid oxygen or incorporate a nanobubble oxygen generation system.

“The oxygen comes either from tanks of liquid oxygen or from an oxygen-generation system,” Mattson said. “Growers who choose these options would still need a pond distribution system. But instead of using a lot of pumping capacity to bubble in the air (about 21 percent oxygen), the air would be circulated with a pump.”

Mattson said growers using deep water culture need to monitor the oxygen level with a dissolved oxygen meter. The oxygen level should be adjusted over time as the crop is growing.