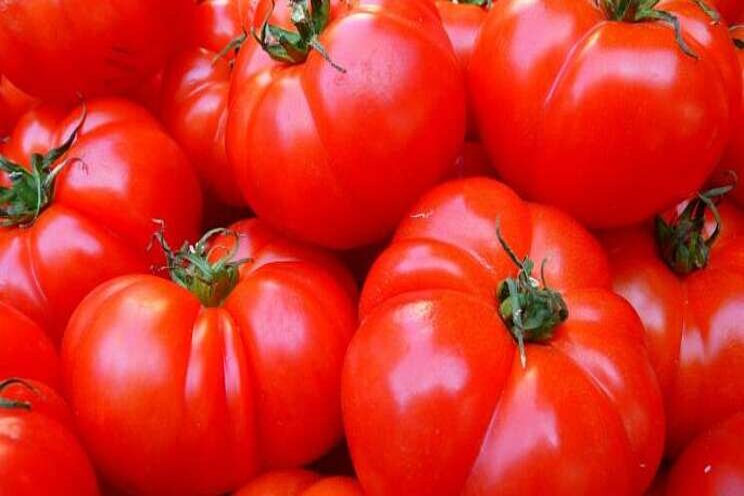 Mexican tomatoes being detained at the border for longer inspections is "unjustified," according to agricultural officials in Mexico.

Víctor Villalobos Arámbula, Mexico's secretary of Agriculture and Rural Development (SADER), said 43 truckloads of Mexican tomatoes have been detained at the U.S.-Mexico border since Nov. 18 as part of stepped up inspections against the tomato brown rugose virus (ToBRFV).

The detention of trucks is "unjustified since we all buy the [tomato] seed from the same source, which is the United States," Arámbula said, according to news outlet Milenio.

Since Mexican growers buy their tomato seeds from the U.S., Arámbula said U.S. officials need to verify that the virus wasn't already in North American if detected in produce from Mexico.

The U.S. Department of Agriculture (USDA), along with Customs and Border Protection agents, began increased inspections of imported tomatoes and peppers to protect against the introduction of ToBRFV in November.

Tomatoes from Mexico, Canada, Israel and the Netherlands are inspected at U.S. ports of entry for ToBRFV. The virus does not affect humans or animals, but it is an immediate concern to agriculture and could cause "severe fruit loss in tomatoes and peppers," according to USDA's Animal and Plant Health Inspection Service (APHIS).

Arámbula said Mexico exports around 90 truckloads of tomatoes to the U.S. every day and said he was worried that the virus "issue" could negatively affect the image of Mexican products.

"This can't be an issue that limits our tomato export to the U.S.," Arámbula said during a press conference on Dec. 17. "We have strong reasons to prevent shipments from being stopped at the border in the United States."

Laredo and Pharr, Texas, along with Nogales, Arizona, are where the majority of tomatoes from Mexico cross into the U.S.

"Pharr receives 12,500 trucks of produce per month," Luis Ribera, an AgriLife Extension economist in College Station, said in an interview with news outlet KLTV. "The large majority is tomatoes, so we have trucks that are under higher scrutiny as APHIS inspects for disease, which delays the flow of trucks."

Ribera said when it comes to imports of fresh produce, time equals money.

"Every day produce is delayed its value goes down by 10%," Ribera said. "So, you want those trucks through as quickly as possible."

Image by LoggaWiggler from Pixabay