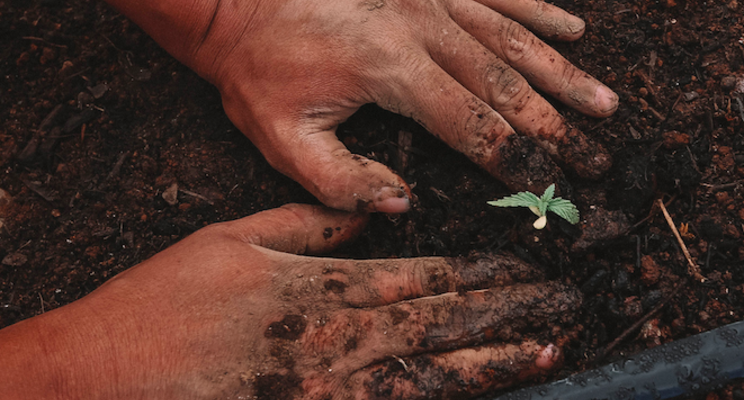 A group of Brazilian researchers is developing a "hydrogel" that is able to capture carbon from the atmosphere and fixate it in the soil in order to mitigate greenhouse effects.

The Hidrogel Program is supported by Shell Brasil and involves the University of Săo Paulo (USP), the Energy and Nuclear Research Institute (IPEN) and the Federal University of Rio Grande do Sul (UFRGS).

Composed by organic material, the hydrogel synthesizes CO2 molecules to create oxalic acid that is combined with a bio-monomer to stabilize the new molecule. According to Thiago Lopes, responsible for this part of the research, the CO2 turns into oxalic acid through electrochemical and photo-electrochemical techniques.


"The carbon footprint of oxalic acid production also would be negative. That is why we capture two CO2 molecules to produce oxalic acid. So we can create a virtuous circle for sequestration of this greenhouse gas", says Lopes.


Capture carbon from the atmosphere

Once used on crops, these granules capture more carbon from the atmosphere and store it in the soil. UFRGS will make the product after which Esalq (Superior School of Agronomics Luis de Queiroz) from USP will test it in crops. In the meantime, the Institute of Energy and Environment (IEE/USP) will develop normative standards in order to launch the product commercially.


While soils already store carbon naturally, the scientists say their hydrogel could increase a soil's capacity to absorb this gas. This is where Esalq comes in. "Under natural conditions, approximately one third of the carbon is retained; two thirds go back into the atmosphere. We want to know how much carbon the hydrogel could store in the soil under tropical conditions", says research coordinator, Carlos Eduardo Pellegrino Cerri, professor at the Department of Soil Science at Esalq.

Another research opportunity is to evaluate the soil-plant synergy. The scientists are expecting that the hydrogel granules also could retain water and gradually release it to plants. If so, the product could reduce the need for irrigation and increase the ability of crops to absorb nutrients.

Photo by GreenForce Staffing on Unsplash