How can IoT mitigate the impact of droughts on harvests? 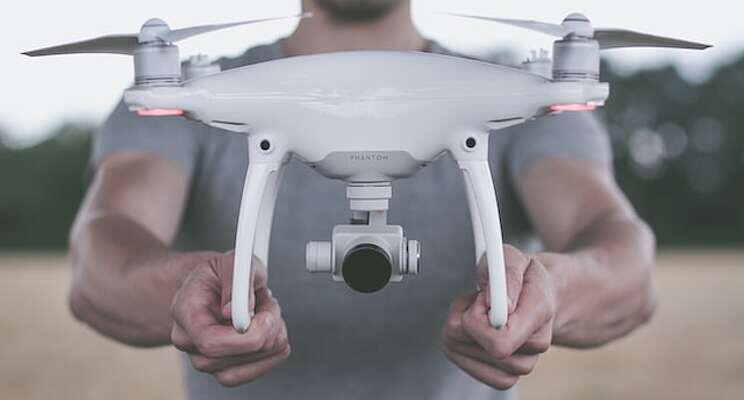 The UK 2022 summer has been the driest summer since 1995, and this dry period is expected to ravage farmers' 2022 harvest with losses predicted to affect almost 50% of all UK crops. However, this is also a global problem, with the United Nations Office for the Coordination of Humanitarian Affairs (OCHA) saying that more than 2.3 billion people face water stress and that it expects the problem to only worsen, with 700 million people at risk of being displaced by drought by 2030.

The increase in danger of these droughts is caused by climate change. Evidence of this can be found in the change in the global average surface temperature, which has risen by 0.14°C per decade since 1880 and shows no sign of subsiding.

What can IoT do to save the farmers?

However, there is hope for these farmers. Advances in technology mean that the agriculture industry will be able to preserve its crops by moving precious reserves of water to the areas that need it most.

The Internet of Things, or IoT, describes the use of connected sensors and actuators to control and monitor the environment, the things that move within it, and the people that act within it. There are recent innovations in agriculture using this form of technology, which could help to solve the disastrous issue of droughts through the use of sensors and drones.

There will be a network of these sensors mounted on above-ground water pipelines and irrigation systems. This system will then move across the field, assessing which plants need watering before triggering the release of water above the plants that are suffering water stress. This means that plants will never be damaged by overwatering and, more importantly, it will ration the precious resource of water and make sure it is only being used when necessary on the plants that need it.

A similar method involves monitors placed underground in the soil. These monitors will measure the time required for an electromagnetic pulse to travel along an electrode embedded in the soil. This will determine the amount of water in the soil as water would slow down the response. Sensors will then send signals to monitors indicating the areas that are short of water. Both technologies mentioned here have been patented by the US Department of Agriculture.

How China is changing the game

China is attempting to solve its drought problems by creating artificial rain using cloud seeding. Silver Iodide is released into the air, which alters the microphysical processes within the clouds, causing cloud condensation and precipitation. The silver iodide can also be released into the clouds directly by using drones.

Is IoT a feasible solution for farmers?

Incorporating IoT may seem like the ideal solution, however, the feasibility of these schemes is questionable. The largest problem with the sensors is their massive cost. They would need to be placed under every acre of soil on a farm, potentially ruining soil quality for the upcoming harvest. Also, it is a very complicated system, meaning that the majority of users would not easily understand it.

Photo by Christian Langenhan on Unsplash