Horticulture, as viable Plan B for marginal farmers 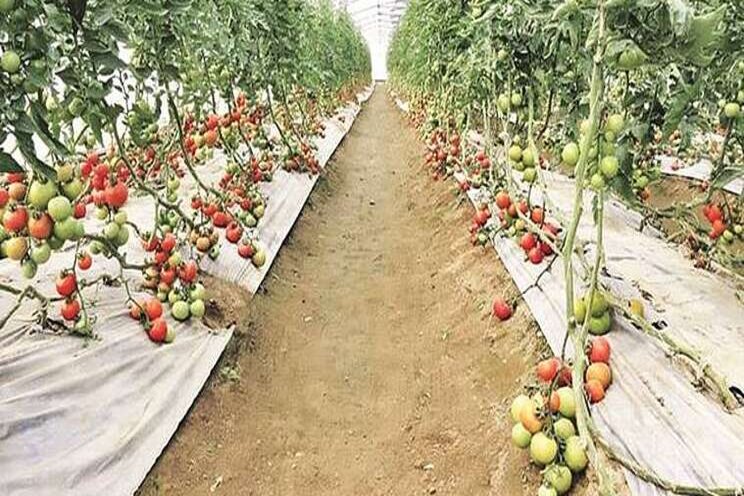 INDIA-Barring vine crops, every vegetable has seen a good increase in area but potato, cauliflower, peas and root crops have seen maximum increase by 10,206 hectares, 6,300 hectares, 8,300 hectares and 4,600 hectares, respectively.

THE PUNJAB horticulture department has not only played a big role in diversification, but is also poised as a profitable alternative for landless and marginal farmers having less than one-acre land.  Even small, medium and big farmers under huge debt can adopt new horticulture techniques available at the recently-opened three Centres of Excellence  for vegetables at Kartarpur), for potatoes at Dhogri village in Jalandhar and for citrus fruits at Khanaura village in Hoshiarpur. These centres are not only providing farmers high quality seeds, hybrid plants at reasonable prices, but also free training in their respective fields.

Marked increase in area under horticulture

In the past five years, there has been a marked increase in area under horticulture after the Centres of Excellence came into existence. Out of total 3.81 lakh horticulture hectares, 2.73 lakh hectares are under vegetables, 86,774 under fruits, 19,000 under spices and aromatic crops and remaining under flowers etc. Punjab is producing 73.28 lakh metric tonnes (LMT) of horticulture produce including 54.42 LMT vegetables, 18.50 LMT fruits, 12,700 tonnes spices and aeromatic crops, 13,000 tonnes flowers and 9,400 tonnes mushrooms.

Dr Daljit Singh, project officer (Punjab Horticulture Department) of the Indo-Israel Centre of Excellence for Vegetables at Kartarpur, said poly house and walk-in tunnel farming are being promoted to grow vegetables as the crops grown in poly houses are excellent both quality and quantity wise. "We have trained around 3,000 farmers and majority of them are adopting this technique where poly houses are made with the help of government subsidies and cultivation of vegetables is done on raised beds, with drip irrigation and in a vertical manner.

"With poly house technique, farmers are earning much more from one kannal, which is 1/8th of an acre, as compared to what they were earning from one acre by sowing wheat and paddy in a year," said Dr Singh, adding that till date they have prepared and sold over 1 crore (10 million) plants of various vegetables including capsicums of three colours, seedless brinjal, seedless cucumber, cherry tomato, tomato, zucchini and several other vegetables to farmers who are growing these in open fields as well as poly houses.

Farmer Sandeep Sharma of Batura village in Jalandhar said he had undergone training in poly house farming at the Kartarpur centre and then started sowing vegetables in a poly house in 2014. "I started with a single poly house of one kannal and now I have six units including two one kannal each, three units of four kannals each and one unit of two kannals."

He further said, "If a farmer owns even one or half acre of land he can spare one kannal for poly house farming and remaining he can use for traditional farming. From one kannal, a farmer can easily earn Rs 1.50 to 2.0 lakh annually from sowing even single cucumber crop twice in a year after meeting all input costs while from wheat paddy one can earn maximum one lakh in a year and that too from one acre which is 8 times the land against one kannal."
Vegetables are the short duration crops that are yielding huge profits, he added.

Sandeep, however, said that instead of 50 per cent subsidy on poly houses, the government should give 75 to 80 per cent on the lines of other states as it will encourage several small and marginal farmers having even few kannals of land. The cost of one kannal poly house is Rs 3 lakh, out of which 50 per cent cost is borne by the government. Farmers can recover the cost of the poly house in first two years only.

Another farmer, Lehmber Singh, had the same story to share. He is earning huge profits from his two poly houses of four kannals each by cultivating cucumber and capsicum in Bahrain village of Kapurthala district.

Project officer of the Citrus Centre of Excellence, Dr Balwinder Singh (Punjab Horticulture Department) said that in the past three years, around 4,000 hectares has been increased under citrus cultivation mainly kinnow fruit in Punjab as several varieties of citrus are being prepared at this centre.

"Under potato cultivation too the area has increased by over 7,000 hectares in the past few years ever since we have been growing better potato seeds in the centre by adopting aeroponic technique," said state nodal officer for potato crop Dr Paramjit Singh of the horticulture department.

Director, Horticulture Punjab, Shailender Kuar, said that horticulture has a huge potential in Punjab and the area is being increased with every passing year which means that land is being diverted from traditional crops to such new horticulture crops which can be further increased to a large scale. "New poly house technique will not only bailout farmers from the debt but also provide big opportunities to earn good returns from a very small area," she said, adding that due to small landholdings, the time has now come to get more yield from a small area.

Sources in the horticulture department said that the government needs to support farmers by opening processing plants to increase area under horti crops and provide a huge market to their horticulture products.