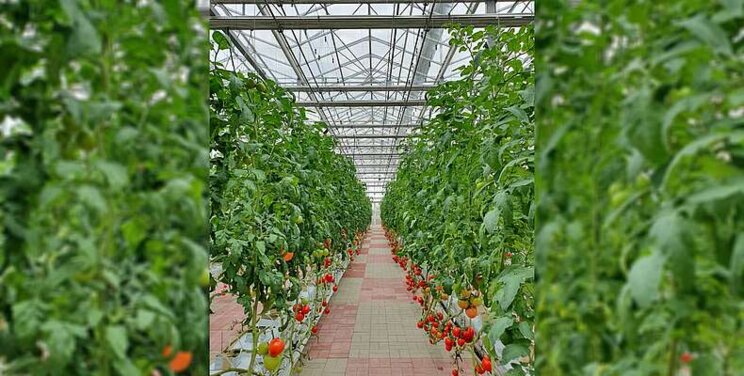 When Scott Beylik's grandfather started the now four-acre Beylik Family Farms in Fillmore in the 1970s, it was a radical idea to grow tomatoes indoors without soil. Back then, they were pioneers of what has since become a growing trend in the agriculture industry: hydroponic farming.

The technology involves lacing water with all the nutrients a plant needs, which eliminates the reliance on soil. That means no water is wasted in keeping dirt moist. This type of farming uses less than 10% of the water needed to grow tomatoes in the field, according to the National Park Service.

Since Beylik mostly grows tomatoes, it made more sense to grow them in a place where they'd thrive year-round. In the fall when his outdoor competitors sell the last of their summer tomato crop, Beylik keeps making money.

"In a way, it balances out. We're able to grow 365 days. With  crops in the field, you're only going to do maybe one a year because it's seasonal," he says.

On a typical day, Scott Beylik walks between rows of tomato vines that climb wires strung in a greenhouse. He reaches down and checks on a water dropper that drips some life into the plants' stunted roots every second.

As the drought drags on, the future of water-loving crops like tomatoes hangs in the balance. And as water in drought-ridden California gets more scarce and more expensive, that option isn't just good news for the planet  hydroponics seem more affordable for some farmers than ever.

But the cost of growing a tomato is more complicated than it seems.