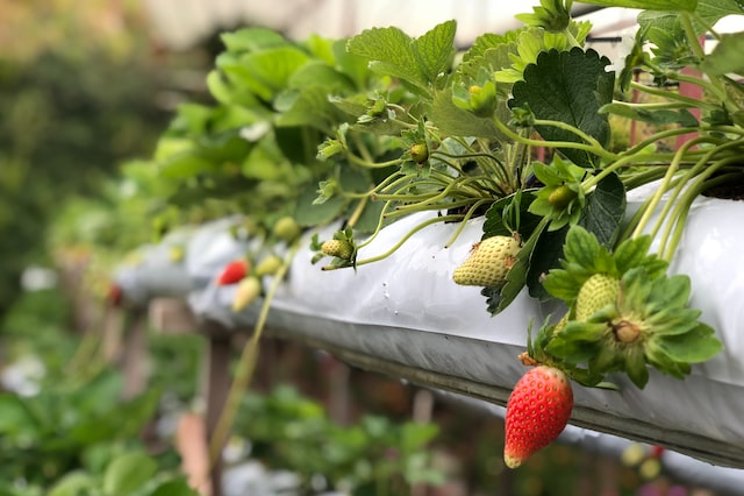 80 Acres Farms, announced a new product in their portfolio—Strawberry Sparklers, which the company states will soon be available from retailers across Ohio, Indiana, Kentucky, and Tennessee.

The strawberries will join the Company’s popular salad blends, microgreens, herbs, tomatoes, and cucumbers on the shelf. They will be available at Dorothy Lane Market locations this fall and coming soon to a variety of the Company’s retail partners. Consumers will also be able to try the berries at select restaurants, including Salazar, Mita’s, and Goose and Elder in Cincinnati.

“For years, strawberries have topped the ‘Dirty Dozen’—a ranking of the fruits and vegetables with the highest pesticide content,” says 80 Acres Farms co-founder and CEO Mike Zelkind. “We’re excited to be introducing consumers to a clean, locally grown strawberry that they can confidently share with their families, in a revolutionary paperboard package that is fully recyclable.”

“We showed retailers and consumers what we could do with fruiting crops when we released our Fireworks Tomatoes back in 2017,” says Tisha Livingston, co-founder of 80 Acres Farms and CEO of Infinite Acres. “We set the bar high with our tomatoes, which have been selling out for five years. Now, we’re using our proprietary growing system to produce the freshest, most flavorful strawberries possible.”

80 Acres Farms supplies more than 500 retailers and restaurants with eight facilities in the U.S., built by the Company’s Dutch-American technology group, Infinite Acres. The Company recently announced two new farms—one in Kentucky, which will begin production this year, and one in Georgia, which will open in 2023. When fully operational, the farms will increase production by more than 700%.