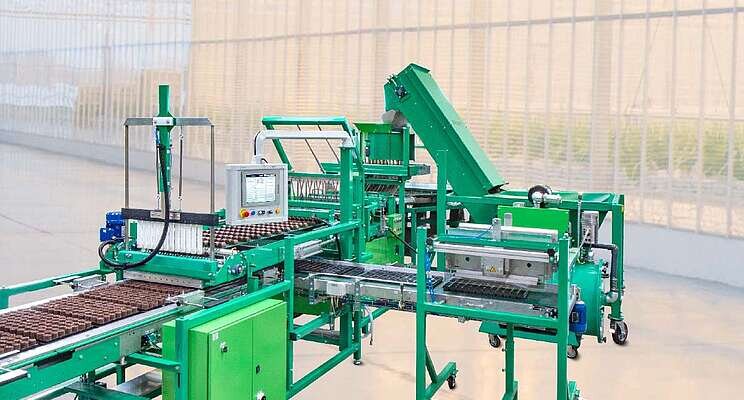 Ellepot A/S is now an official nominee at the 2022 EY Entrepreneur of the Year Awards (DK). The nomination became possible as a result of the company's annual result and substantial progress in 2021, but also bases itself on their long-standing core focus on sustainability - herein especially their environment friendly paper-alternative to conventional plastic pots, but also their ability to help growers achieve more sustainable practices, not only environmentally, but also financially and socially, resulting in great results on the clients' overall company CSR efforts.

"We are very proud and humble to be nominated again this year. When we were nominated in 2015, we won the subcategory Cleantech award, and of course we can't help but get a little excited about the prospect of winning the main award this year which would place us among the nominees for the international EY Entrepreneur of the Year Awards," says CEO Lars Steen Pedersen.

The nomination follows a recent recognition of Ellepot as one of Denmark's top 50 most sustainable companies. Earlier this year, Danish national news agency Břrsen awarded Ellepot a sustainability diploma, alongside companies such as Carlsberg and Novo Nordisk. A case presentation from a hydroponic farm formed the basis of the Břrsen jury's evaluation, as it presented how switching from conventional plastic pots to Ellepots and the Ellepot System gave the company a plastic reduction of more than 18 tons per year. With over 8 billion Ellepots a year worldwide, the total reduction of plastic that Ellepot contributes to is quite substantial, and with the company's continued growth success, the future is looking bright for both Ellepot and the fight to reduce plastic usage in an industry that is still very reliant on plastics.

The first regional 2022 EY Entrepreneur of the Year Awards show will take place on 3 November.