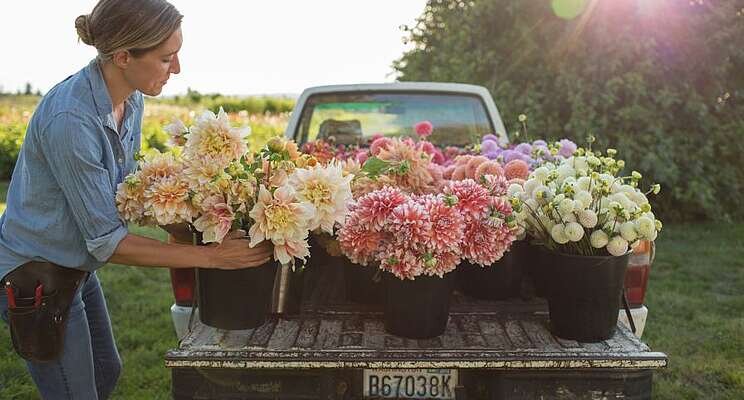 When the COVID-19 pandemic began, many people hunkered down and spent time beautifying their homes, inside and out. This led to a renewed interest in cut flowers. Industry experts thought cut flower sales would decrease as the world settled into its "new normal," but that was not the case.

"Previously, we thought this was going to slowly taper off as people returned to their normal habits of going out to eat more, going on vacation, and using their income for other things. We thought this would slowly decline," says Dr. Melinda Knuth, Assistant Professor of Horticultural Science at North Carolina State University.

"However, due to current economic circumstances in the U.S. and the continued threat of COVID-19 and economic pressures, we're seeing it sustained to a degree. It's not tapering off. People are continuing to stay home. They want to beautify their spaces, and they're not traveling as much this year," she says.

Membership in the Association of Specialty Cut Flower Growers increased by more than 100% in the last four years, according to Education Director Rebecca Marrall. Knuth says she sees a boom in local production.

There are many new cut flower growers with a few acres of production, and they sell to local grocery stores, at farmers' markets, or they provide flowers for local weddings. Knuth says that was more popular in California, Oregon, and Washington, but now it's everywhere. Also, larger international growers are maintaining their market share and expanding, she says.