Could spirulina be grown in indoor vertical farms? 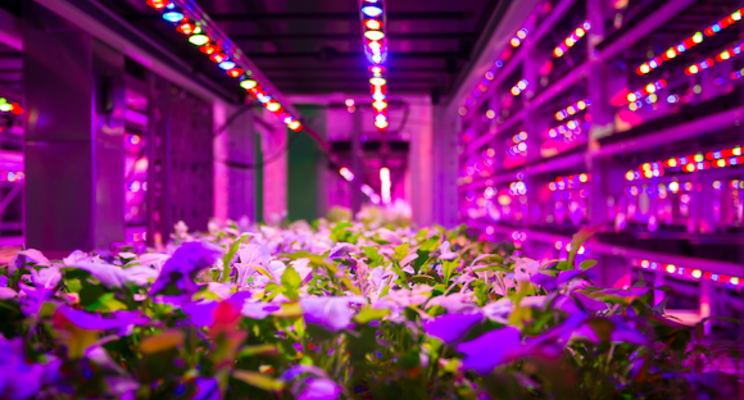 Who fancies some blue food? Really? The theory of food colour confusion may originate from us being strongly aroused by foods on the red spectrum. Research published in Nature recently showed that we are more attracted to red coloured foods as they appear to signal better nutrition with higher calories in comparison to blue or green foods. Trichromatic vision evolved in humans as a response to improve foraging and may explain why we rely more on sight than scent when locating the most nutritious foods and fruits that are ripe and ready to eat. This is surprising to us as 'leafy green' farmers when we readily assume a green colour relates to health but the Nature study was more assigned to calorific colour arousal.

Although our brains may not easily accept the blue colour as natural, our bodies will probably thank us if we do as blue-green algae also known as cyanobacteria has some of the best health benefits.

One particular cyanobacteria has been studied extensively over the years

Spirulina grows naturally in alkaline waters and was recognised and farmed by ancient civilisations for its medicinal qualities. The Aztecs of Mexico have a long historical relationship with Spirulina. They farmed Spirulina in large lakes, then harvested and air dried the algae to form a hard edible 'cake'. This was often mixed with other foods and used as an energy source as these ancient people recognised it as an important functional food.


Massive health benefits that many people have still to discover

There are two main species of the blue green algae Spirulina, Arthrospira platensis and Arthrospira maxima.

As the image demonstrates, they are made up of single cells containing chlorophyll filled vesicles that react to light and photosynthesize like plants. Cultivation of commercial algae usually starts the life cycle in lab culture tubes, doubling quickly under controlled conditions. This helps to eliminate contaminants. Spirulina is the largest single celled blue green algae and it forms spirals visible to the human eye which bunch together to allow a quick harvest and is now cultivated worldwide as a nutritional supplement.

Apart from the high content of protein, Spirulina contains B vitamins, particularly B12 and provitamin A (?-carotenes), and minerals, especially iron. It is also rich in phenolic acids, tocopherols and ?-linolenic acid. Spirulina does not have a cellulose cell wall so it is more easily digested. Most people selling dried Spirulina suggest 1-8g per day to boost the immune system but be careful as too much can have negative effects so it's best to start with the lowest dose.


Some suggest Spirulina has the power to tackle world wide problems like malnutrition. The UN and WHO recommend Spirulina for it's extremely high nutritional value and sustainability.  It has even been called the 'world's most sustainable food' with the potential to end world hunger. The Pole Pole Foundation in the Congo were finalists in the Earthshot Prize recently. They are leading the way to teach communities in developing countries how to grow Spirulina as a supplement to prevent childhood malnutrition.


Could Spirulina be an alternative vegan protein source?

Would you drink blue milk?

Many vegans are looking for alternative sources of protein. Spirulina might even be a protein source of the future and a substitute for cow's milk.  Spirulina platensis stands out for being one of the richest protein sources of microbial origin having similar protein levels when compared to meat and soybeans.

Not to be confused with regular green Spirulina in its basic form, blue Spirulina is an extract of the active ingredient phycocyanin in its purest form. This concentrates the dried extract with higher levels of antioxidants without so much of the fishy taste of fresh Spirulina.

But if you don't mind using fresh Spirulina (it's fishy so it's much better to mix with stronger flavours) it will provide protein that is quickly and easily absorbed in the body compared to animal proteins which is a bonus as it contains many essential amino acids that the body cannot synthesize alone and are essential for tissue renewal.