Coffee as we know it is in danger. Can we breed a better cup? 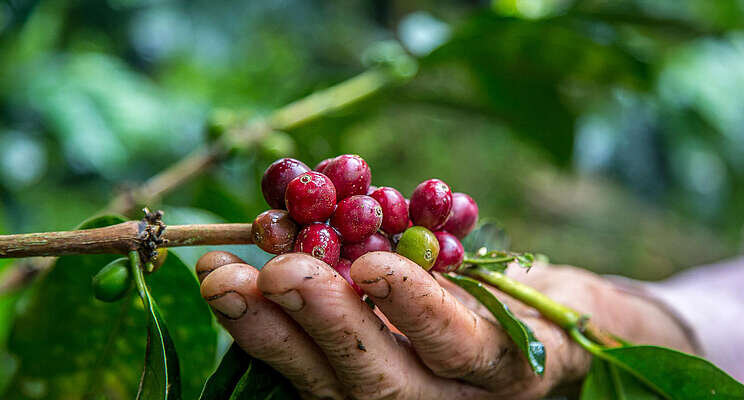 Farmers in the Bean Belt perilously depend on just two species. New breeding  and traditional growing practices  could fix that.

The rare coffee plant sat on an isolated ridge in northern Sierra Leone, a lone shrub with thin leaves and marble-sized fruits. A team of researchers had spent over a year searching for it, only to discover the plant hadn't begun to fruit. If they hoped to scale up this uncommon variety, they would need to find it a mate.

This wasn't just any species of coffee plant. It's one that could help pull the world's beloved beverage out of the dire straits it finds itself in today. Coffee is under attack from all sides. It's threatened by climate change, by a deadly fungal disease that has devastated crops, and by risky farming practices. And at the root of it all is a startling vulnerability: The coffee we cultivate and drink today, which sustains an industry valued at over $100 billion, comes from just two species  and research on others is woefully behind.

In the meantime, rising global temperatures are exacerbating threats to production. "Climate change is a major issue for coffee plants," said Aaron Davis, head of coffee research at the Royal Botanic Gardens, Kew, who led the search effort in Sierra Leone. That's because the plants need such specific conditions to grow. Around half of the suitable areas for coffee growing could be lost due to the climate crisis by 2050, according to a 2014 study published in the journal Climatic Change. In Latin America, which produces around 60 percent of the world's coffee crop, this figure could be as high as 88 percent. Before the end of this century, the more widely produced  and better tasting  of the two species cultivated today runs the risk of disappearing in the wild completely.