Can vertical farming survive the downturn? 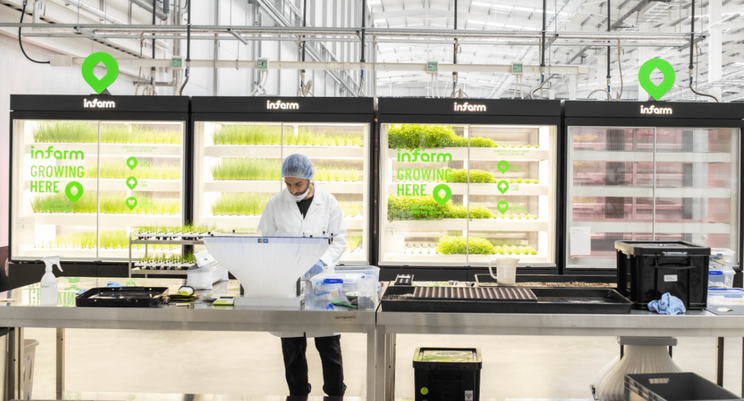 Infarm, Europe’s only vertical farming unicorn, has just opened its largest growing facility yet. It’s a 10k square metre warehouse on the outskirts of Bedford, a town in the east of England that’s more known for wool than leafy greens.

Once at full capacity, Infarm’s warehouse will house forty growing towers. They’re ten-metre high boxes — about as high as a house — and each can grow 500k plants a year, the equivalent of a football field worth of crops.

Plants are grown hydroponically — meaning without soil — and are moved around by an autonomous system that waters them and moves them in and out of darkness to mimic sunlight levels. The system uses 95% less water and land than traditional farming and Infarm estimates that the new facility could one day serve 90% of the population living within a four-hour drive.

Investors have poured $741m into these startups in Europe in the last five years to engineer a world in which we produce more of our food closer to home. But as economic growth starts to slow down, more questions are being raised about the viability of these farms.

People have long questioned the profitability of the business model, which could become even harder during a potential economic downturn. And critics wonder when products will reach price parity with their horizontally grown counterparts — another potential risk to vertical farming companies if consumers are tightening their wallets.

So what’s ahead for these agricultural innovators and can they survive a slowdown in global economic activity?